Book Tip: The End of the Ocean 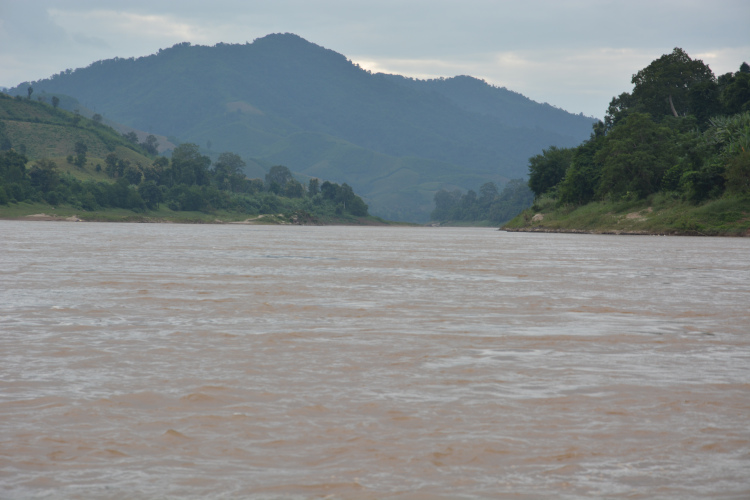 The book „The End of the Ocean“ is, after „The History of Bees„, another novel by the Norwegian writer Maja Lunde, which takes on one of the sub-problems of the complex topic of „climate change“. And it is highly up-to-date. At times, I had oppressive „déjà vue“ sensations while reading it. Frightening: Less to the episodes occuring in the year of origin of the novel 2017, but more to the future – projections. And these are fictitiously set in the year 2041! But to this shortly….

Two time levels are alternately touched upon, which seem to have little to do with each other. The first level takes place in the present and tells of the experiences of an aged environmental activist from Norway. Her former childhood friend has gone over to the opposite side and is earning splendidly from hydroelectric power generation and other questionable businesses. His latest idea is to ship ice from her home village’s wasting glacier to the Gulf States, where it will be sold as a luxury drink coolant that has been around for thousands of years.

Signe, who has spent her life in the ultimately unsuccessful fight against the sellout of the earth’s resources, takes the fatalistic action of throwing the first batch of glacier ice into the sea. She plans to take twelve boxes of it to France on her small sailboat and dump it on the doorstep of her ex-boyfriend, who now lives there. On her lonely journey, her thoughts keep wandering back to her youthful years, so that the reader gets some impressions from the personal and also local economic developments of that time.

On the second, future level, David and Lu appear – father and young daughter. They are in France, fleeing the parched south. Previously, they lived near the Mediterranean as a family with a wife and little brother. But the drought became more and more terrible and people in this region had to flee from devastating fires. In the process, David and Lu were separated from their family members. This plot is set in the year 2041, let me emphasize that again. Because it reminds me quite strongly of the „wave“ of refugees beginning in 2015 and the huge fires in Australia in 2019 – just two years after the book was published. And Australia was not the only country with such fires – also Russia is affected again and again, California makes with it from itself and in Brazil it looks unfortunately still worse.

David and Lu reach a refugee camp – further north in France. But here, too, it is only a little better. It does not rain, everything dries up, the small rations including water are allotted. Washing is limited to once a week, and on top of all this, there is a general feeling that nobody really wants the refugees. Most of them would prefer to move on to the „water countries in the north“ – but these have sealed off the borders and are not letting anyone in. So the refugees vegetate in the camps without employment and perspective, there are aggressions …

All these are not new „future predictions“. All this already exists today. Already now more and more refugees are moving around in different regions of the world. Because of wars (whose causes are unfortunately often also lack of water, food and other resources) or directly because of desolate areas, which can no longer feed their population. Already now there are refugee camps, camps with violence and lack of perspective. And the message that nobody wants to have these people with them. Only the „rich north“ seems so far still little concerned.

If I just look at my own garden: We used to be able to get relatively much of our own supply of fruits and vegetables from it. Meanwhile sometimes snail – invasions destroy the harvests. And in the last three years it has been so dry that almost all the vegetable plants are wasting away as measly stalks by July. The soil is meter-deep waterless dust. The ditch below the garden is a muddy trickle, the water withdrawal regularly from mid-May and until the end of October strictly forbidden by the authorities. If we had to live off this garden, we would have starved to death in the last five years. This is not Sahel, this is Saxony.

The rich countries of Central Europe are still lucky enough to be able to import food from all over the world. Accordingly, we look after our own supply here with disdain. But we can hardly assume that this state of affairs will last forever.

How quickly such a deceptive security can change, we experience with the border closures because of Corona. If other countries decide in the future that they need their increasingly scarce food for their own population, we will quickly be sitting here at the table with grain corn and grain roast. Every day.

… now I’ve gotten away from the book a bit. But that’s where I see the strength of this book – triggering streams of thought, thinking about larger time horizons, and talking about it. To break down the coming crises – which are unfortunately looming and are already there in parts of the world – to the life situation of individual people like you and me, a family and their friends, and to make clear what that means in everyday life. The example of the environmental activist shows to a certain extent the situation of the environmental movement worldwide – we have developed a somewhat suitable environmental consciousness. But little has really changed. Why should I start, if my neighbor lives on comfortably like this?

We will still experience that 2041. Until then are only 20 years! Will it look like Maja Lunde sketches, with overcrowded slum camps and isolated „water countries“? I hope not. But that means changing something now. Even if it is long since five past twelve.

Maja Lunde, „The End of the Ocean„* is published by Simon & Schuster Ltd. as a licensed edition. It is available as a hardback book, as a paperback or eBook*.