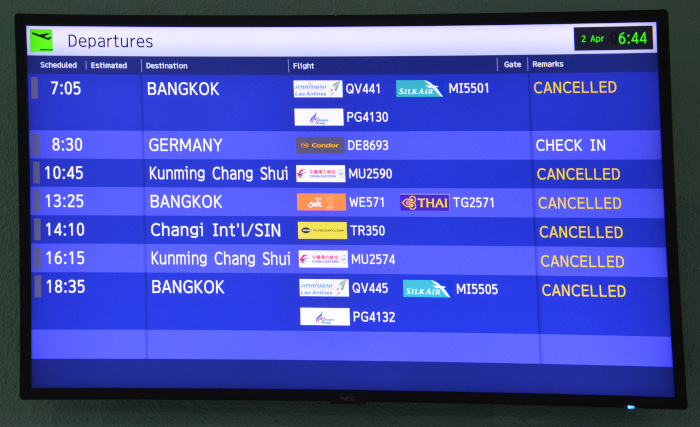 With an unprecedented recall action at the end of March/beginning of April 2020, the Foreign Office of the Federal Republic of Germany is attempting to bring back German and European citizens from all over the world who have been „stuck“ somewhere abroad because of the travel bans on corona quarantine. It is estimated that over 250.000 Germans are affected.

Latest travel update and preparation for flight with Condor

To slow down or stop the spread of the corona virus, almost all countries have now largely closed their borders to passenger traffic. Commercial air traffic has largely ceased worldwide, the few flights cost utopian thousands. Travellers are stuck in countries and regions and can no longer reach their planned destinations or return airports. Often the return flights are cancelled, airport transit zones are also closed or travellers are simply stuck in a neighbouring country and cannot reach their planned departure airport.

The Federal Government of Germany, like others of the large European states (France and Great Britain), has launched return flights in cooperation with the national airlines, which enable those affected to return directly to Germany. It makes sense to bring people from neighbouring European countries with them to Europe, where they can still travel home.

Return journey – to a Corona hotspot?

However, for many people the return journey is associated with a mixed feeling. Because currently, Europe in particular, with Italy, Spain, Great Britain and also Germany, is the hotspot of corona spreading. In some of the countries visited, the situation is much less dramatic, although this may change in the coming weeks. On the one hand, this is due to the fact that some countries have started to take countermeasures much more quickly, and on the other hand the hot climate in many tourist regions may have slowed down the spread of the virus. For example, on 4 April 2020 Thailand reported 2067 infected travellers, Vietnam 240, and the small neighbouring country Laos only 10. Germany for comparison: 92,150

However, if the corona wave were to gather momentum, the health systems in the host countries could very quickly reach their limits – in Laos this is always the case for economic reasons anyway.

In addition, there are concerns that travellers will often return to a Germany where the economy is in a tailspin, where short-time work and unemployment are on the rise and the self-employed hardly get any orders. The income situation is rather poor, many live on savings. So it often seems much easier to survive for a longer period of time with the lowest possible expenses in the low-cost travel countries. In Southeast Asia you can get along quite well with 12- 15€ per day. Many of the potential returnees have struggled a lot because of these considerations. Some of them, especially the Italians and Spanish, have immediately travelled to quieter and cheaper rural „tourist islands“ and prefer to do without the return service.

The returns in detail

In order to obtain an overview of the number and distribution of those affected, the German Foreign Office is asking travellers abroad to register on the „Elefand“ crisis prevention list. After registering, the persons concerned will receive an e-mail from the German embassies in the host country informing them of the current situation as best known. As a rule, this is connected with an urgent appeal for a return journey. If you want to accept the help to return home, you must additionally register online for the Covid19 – Return Program. Additionally, if there are curfews or travel bans in the countries concerned, the Embassy, in consultation with the local governments, also issues a letter asking the authorities to allow unhindered travel to the airport – the friendly way of a pass.

If a flight is specifically planned, the respective embassy again informs about the modalities by e-mail. Here the German government kills two birds with one stone, because in addition to Lufthansa, the holiday airline Condor is the main partner for the return flights. After Thomas Cook’s bankruptcy last year, the subsidiary Condor got into difficulties, and the Corona travel ban hits the company particularly hard. So the government can save Condor from difficult times.

After being informed by the embassy, the booking for the flight is usually made on the website of the respective airline – almost like a normal flight booking. A deposit is required and confirmation that further costs must be paid according to §6 of the Consular Act.

On departure, the signature on a corresponding form together with a copy of the passport is collected at the airport before the „Check in“. This is a further reason for some returnees to think about it – no information is given about the expected costs, instead it is clear that in addition to the person concerned, even relatives and heirs can be called upon to pay. The statement „costs roughly equivalent to the cost of an economy flight ticket on the same route“ is more than vague.

Are the prices from before the crisis valid? Then the costs for e.g. Bangkok – Frankfurt/M. are 250 – 400 €. Or do the current flight prices apply? These are already easily at the 10-fold. Someone will have agreed on a cost framework with the airlines and it will be clear how many people will be on the return flight – logically the price per person can be limited quite well. Why then are the citizens in the predicament not informed more exactly, but have to put their signature (for themselves and their relatives) under a „cat in the bag„?

Challenge for airports in host countries

For some of the smaller airports in remote countries it is unusual for such a „big bird“ to land there. This can sometimes lead to lengthy delays during check-in – like handwritten boarding passes or confusion during boarding.

With the Corona reason, the service on board is also rather spartan. There is no hot food, not even coffee or tea. The safety of the cabin crew has top priority. Water bottles are available for drinking at the seat, that’s it. Even with a 12-hour flight, the food consists only of soaked baguette with tomatoes, lettuce leaf and pork belly in a cardboard box, and for lunch a small box of tortilla chips with chilli ketchup. It turns out that a vegetarian diet or even religiously determined dietary rules are a luxury that cannot be indulged in times of crisis. Unfortunately, the advance notice in the messages of the embassy and on the websites of the airlines is missing, without which nobody is prepared for „self-sufficiency„.

Moreover, the „on-board entertainment“ is not running. Obviously there is a fear that the entertainment server will be infected with viruses as well.

Special rules apply additionally after landing. After arrival in the parking position, the aircraft must be „forced-ventilated“ for another 15 minutes before the doors open. Then every 3 minutes small groups of up to 40 passengers may leave the aircraft – larger crowds of people should be avoided at the airport, especially at the baggage claim area.

However, there is no sign of a health check at Frankfurt Airport. In Asia, there are locks at every major bus station, railway station, border crossings and airports where the suspected infection of travellers is checked at least according to body temperature.

For the Europeans who still have a long way to go home, things are still exciting in Frankfurt. To Greece, for example, the way leads almost inevitably via Brussels, only to be immediately put into a quarantine hotel in Athens. Without exit until the test is confirmed negative.

Within Germany, on the other hand, the German Railway (Deutsche Bahn) commendably offers the free return journey with the „boarding pass“ as a ticket on their almost empty trains to the home town.

All posts in English under the category sunny trails